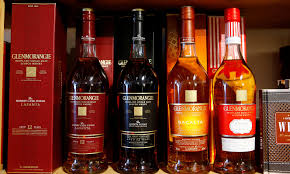 There are not many people who would be paying an amount of $28 for a glass of French wine which costs $14. A lot of the people would then be looking for the substitutes from California, Australia and also Virginia, which is the reason why the importers of French Wine and the consequent jobs like workers in a warehouse and the truck drivers delivering it will be facing a crisis.

In the United States, it is a bad time if a person is related to the wine industry. The Spanish, German and French wines except for some exceptions have been hit by the tariffs of 25% in a fight which is between the European Union and United States over the subsidies which EU has given to Airbus

The President of United States, Donald Trump has again and again been showing his inclination towards the steep tariffs and tough talks has again threatened to raise the tariffs to an amount of 100% and remove all the exemptions.

A wine importer has been forced to lay a lot of his staff off. He said that he had never laid anyone off until the tariffs became operational but had to then reach a point where he cut the job of four of the thirteen employees along with two part time workers including his son.

Raising the tariff levels to 100% would be putting him and so many others in this industry out of the business as per him. He ironically started the business so that he could a lot of time with his son who was young but the skill set of the son became expendable with the business environment changing.