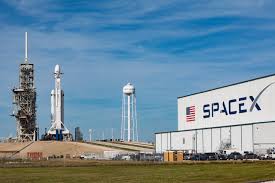 Launch Sector driven by SpaceX and its innovation

The technical validation of SpaceX with regard to the reusable records have opened a lot of the new horizons for the launch sector as it has incited the competitors of the firm to begin investing in the market of technological innovation for fighting the erosion of market share. Prior to the entry of SpaceX in the market, the innovation in the launch industry had been limited majorly to the similar or lower costs marginally. Neither of them had changed the dynamics of the overall market in a significant manner or the cost of the access to space.

There is a major change which is taking place in the world when it comes to the launch industry in terms of demand as well as supply and this has been made possible majorly because of the investments which have been made in the sector of innovation as well as evolution of technology by the stakeholders who exist currently and also the newer entrants.

The mega-constellations have been becoming a big time reality as they enter into the deployment phase post the validation in-orbit that was successful of the prototypes and the latest rounds of financing of the projects which are extremely advanced.

In any of the business, the competition with the customers has been frowned upon usually by the customers however SpaceX’sStarlinkhas been the answer to all of the evolution which has been taking place in the world of the satellite industry. It has been expected to change the way the industry looks at this market and provides the service of connectivity. They have discovered that the downstream segments are the ones which are going to generate the most amount of revenue for them.

More from ScienceMore posts in Science »