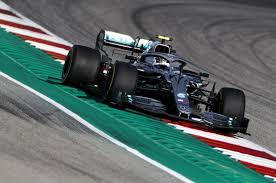 The reports of potential purchase of the Formula 1 team Mercedes by Roger Penske have been dismissed by him.

A report from the media in Germany had suggested that Penske was one among the two suitors for the purchase. The other had been speculated to be Dmitry Mazepin, who is a Russian billionaire and whose son had been carrying out a testing program privately with the carmaker. They were said to be interested in taking the team over if Daimler took a decision to leave F1 in the year 2021.

The speculations had been questionable already after the recent acquisition by Penske of the Indianapolis Motor Speedway and also the IndyCar Series. Roger upon being asked for commenting he said that his plate was already full and the speculations were not true at all.

Mercedes is not said to be for sale currently however there is uncertainty looming over the future of all the teams in F1 as there are fresh commercial agreements being negotiated with the owners of the sports. The absence of Toto Wolff from the Brazilian Grand Prix is going to be attributed to such discussions in addition to the intense schedule of travel that is going to make him be in Saudi Arabia for the debut of Mercedes’ in the Formula E

The principal of Haas F1, Guenther Steiner in this week has admitted that the teams are not going to confirm their futures till the time the agreements have been finalized as that would weaken their respective positions when it comes to negotiations.

Mercedes have been winners of the last six drivers and constructors championships consecutively and for now Daimler is staying committed to the sport.